Ikepod between 2008 and 2012 was owned by an art-loving finance tycoon and the collections have seen two collabs, one with the artist number 1 of the moment, Jeff Koons and the other with an artist who in 2012 was only appreciated by insiders or customers of Emmanuel Perrotin.

When Ikepod was too over there were «Kaws in stock,» (refers to a famous Tintin comic) and also the history / records of the watches produced (less than 120 with the prototypes). Sold for 15,000 CHF when they were launched at Colette, they were not all sold because the brand was quickly put to sleep shortly afterwards. Nice treasure.

Ten years after KAWS, Brian Donnelly became a star, having created a special signature, a simple and colorful universe. If you go to China Kaws is everywhere. 3.6 million followers on instagram, bots that attack every drop. A record for a canvas at USD 14.9 million in 2019, its top 10 in auctions not falling below 2 million. (A red Ikepod kaws was sold CHF 37,000 by Phillips to HK)

David Fischer of Highsnobiety having developed a taste for Ikepod, he wanted to propose Kaws for his pop-up of Art Basel Miami where his HIGHart label makes collabs with very trendy curators like… Sarah Andelman for example (Colette). Then from thread to needle like the Kaws signature design, David wanted to combine the four watches.

Collecting watches is a journey. We meet very nice people but other very strange people. To have these 4 watches in a box you had to get missing pieces of the puzzle and sometimes a street art painting that is stored in the children’s room opens all the doors and even beyond your wildest hopes. The result is there. A box containing the four new Kaws watches in stock. Watches are till end of year on Highsnobiety wesite, thanks Highart. 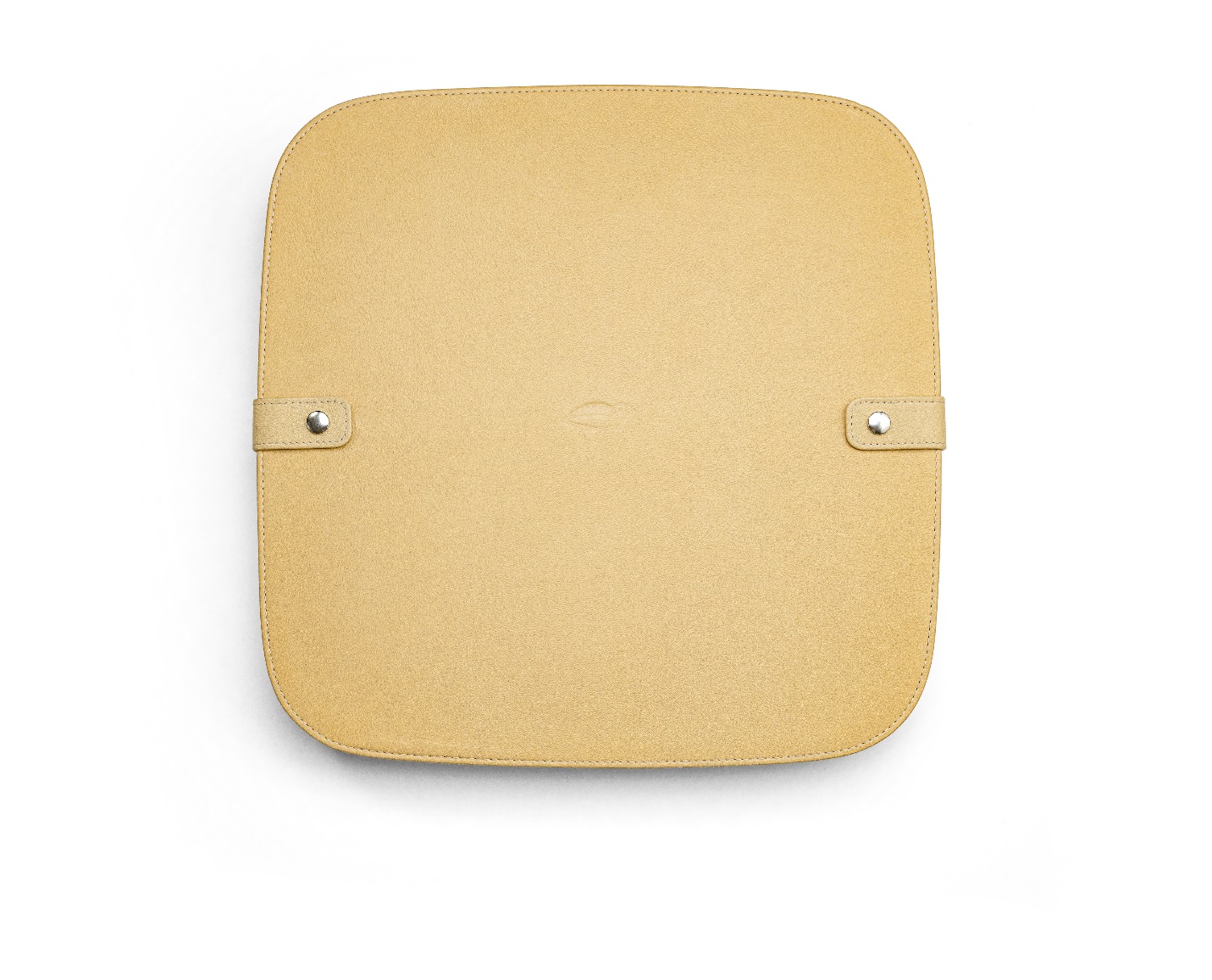 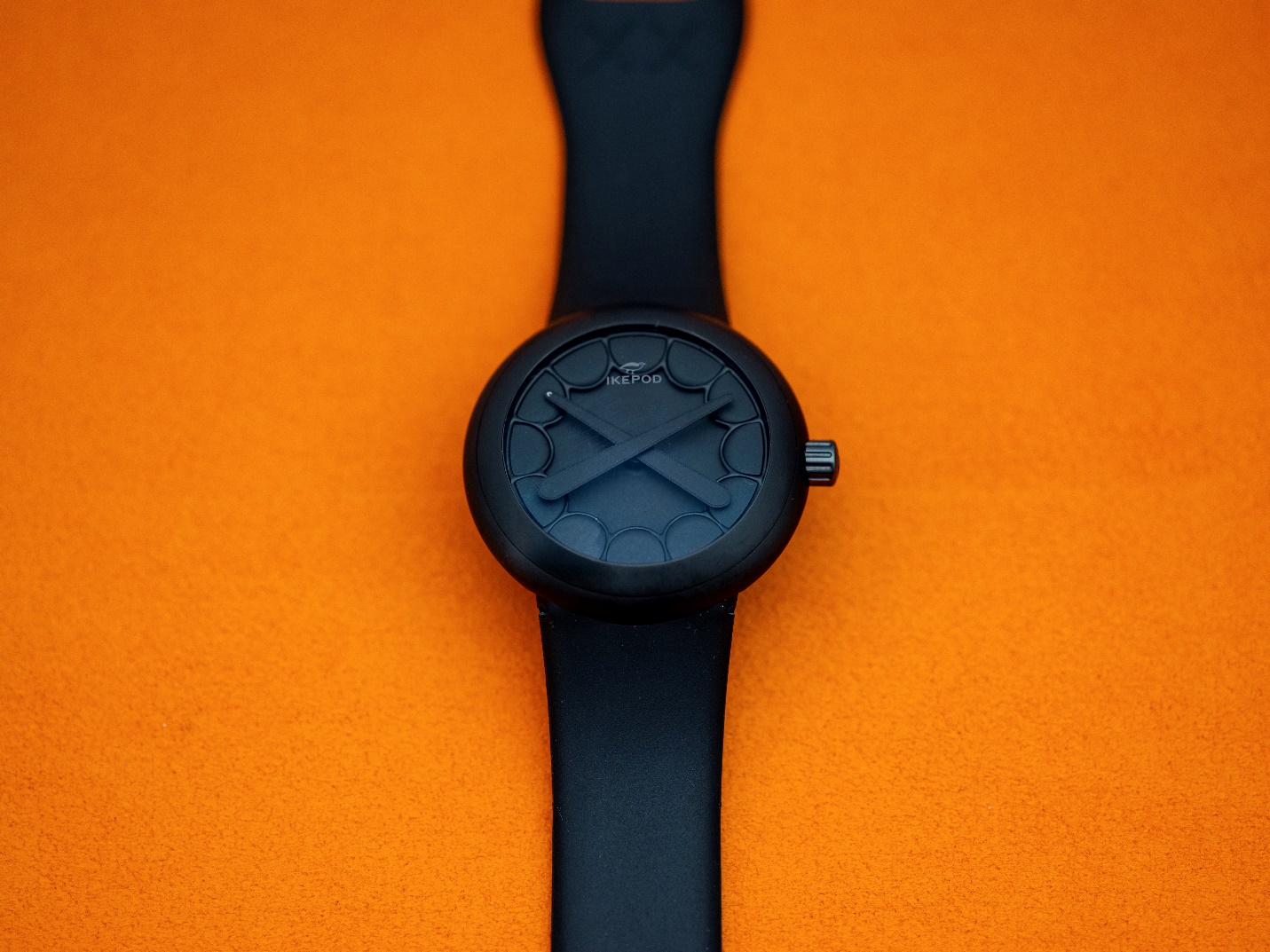 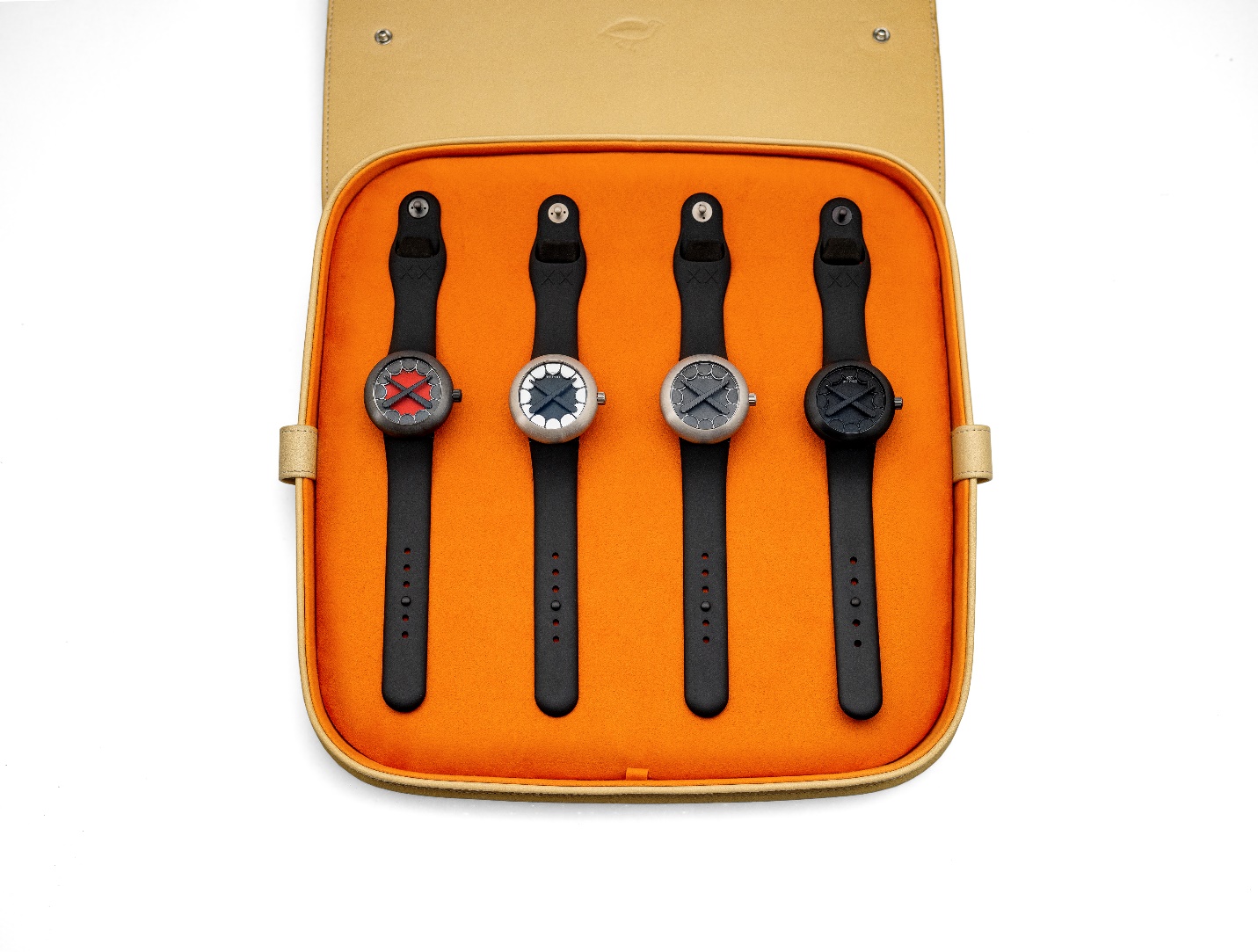