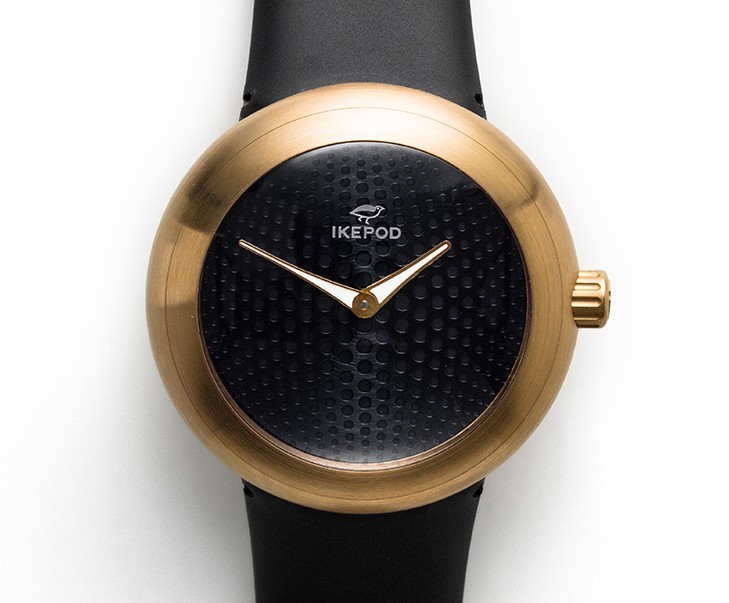 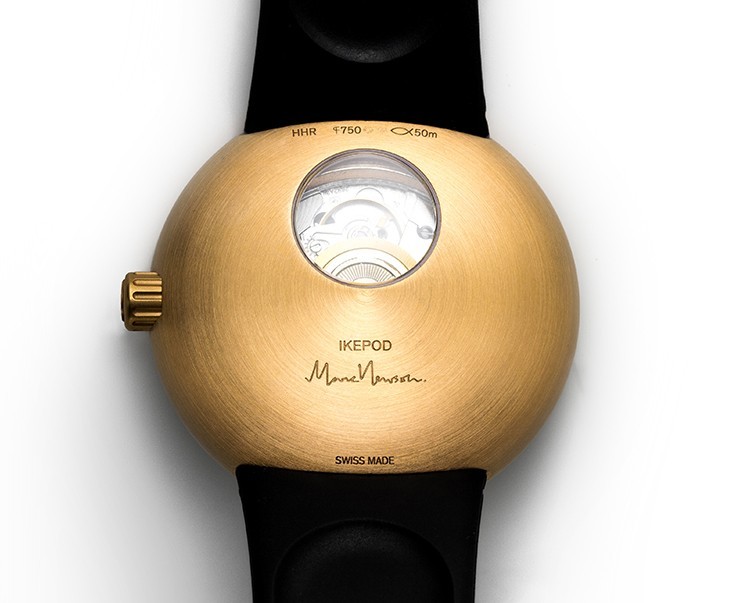 A rare opportunity to get a great NOS Horizon produced betwwen 2008 and 2012 in the small Ikepod workshop.

After being produced in Bassecourt between before 2006 all Ikepod models were modified and even if still assembled by the top, cases were produced by Chatelain. (ETA 2892 mouvement, 2 hands)

Sandwich dial, one of the most beautiful of Ikepod history.

The Horizon watch is called Horizon in reference to black hole edge, like a in 2001 A Space Odyssey movie. Again poetry and timekeeping are stating the limit of the beauty of this UFO, also for us an homage to Futuro House of Matti Suuronen. Elliptic forms. Great design. For ever an icon of the watchmaking history.

In 2012 the last models were produced.